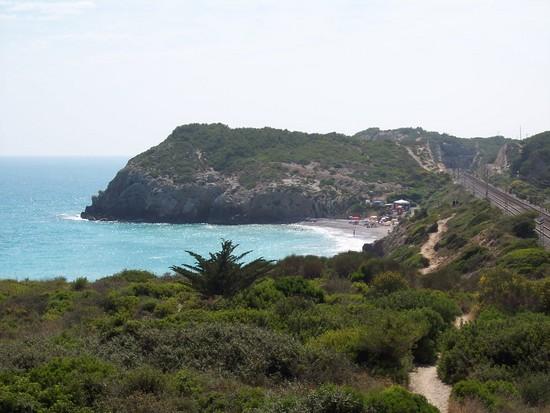 One of reasons why Sant Pere de Ribes is very famous is its food, and, of course, its wine. Visiting Spain is more than taking pictures of the main monuments in Barcelona or Madrid. Once tourists are in a foreign country, in fact, they should decide to explore the place in order to understand the local culture.

The fine gastronomy available in Sant Pere de Ribes can be described as traditional, yet with all the creativity typical of the ingredients used in the Mediterranean cuisine.

Local specialities of the area include the carxofes de Ribes, an artichoke dish served since the Sixties, the sabres de San Pau, an anise brioche typical of the Sant Pau festival, the Castel de Ribes chocolate bar stamped with an image typical of the region, and the three famous bonbons, the Pastis Ribeta, the Pastis les Roquetes and the Pedres del Garraf, representing the irre gular rock formations of the Garraf Massif.

Finally, among the many typical dishes served in Sant Pere de Ribes is Xató, a traditional dish of the region. It is eaten in that area since the 19th century and it has its own local variations.

Wines are grown and produced in municipality of Sant Pere de Ribes, under what is known as the “denominación de origen”, certyfing the wine to be a product of a certain region, in this case Penedes, which also includes the area of Garraf, and a wine of exceptional quality, fruit of the area’s distinctive micro-climate and sunlight. The viticulturists in Sant Pere de Ribes directly cultivate and produce their own wines, which amounts to a fairly wide selection of good quality red, white and rose wines. The wineries and bodegas are located in century-old masías, the traditional Catalan farmhouses, part the cultural heritage and the appealing wine route.