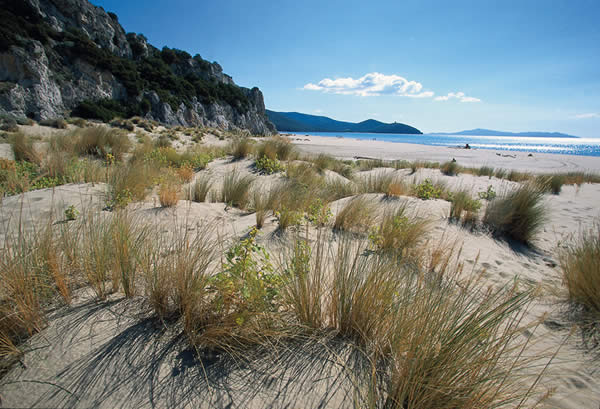 The Maremma is that area of  Tuscany which was the heartland of the Etruscans stretches during the past.

After the Etruscan era, the area deteriorated and became infested by malarial mosquito. This is why it was inhabited only by shepherds or cowboys, the so-called “butteri”.

It’s only during the 50’s that the mosquitos were eliminated once and for all. Finally the place turned out to be one of the last unspoilt stretches of the Italian coastline.

Reaching the Parco Naturale della Maremma is really easy: travel south from Grosseto and you will arrive there, where you have the chance to see the Monte dell Uccelli, a long series of hills. As the name suggests, this is the place where many birds live or nest.
The “butteri” keep their half-feral horses and white cattle on the forest-covered hills and you can go there and take some pictures. A great memory for people who like nature.

To have access to the park, there is no public road. You can reach it by bus or by canoe, by foot, by bike or even horseback from Alberese.

After the visit into the park, you can visit the ancient fishing village called Talamore, which was once an Etruscan town. The story says that the Sienese people wanted to transform this sheltered harbour into a port that would rival the one in Pisa, but they didn’t have the chance to do it.

When you are done, follow the Via Aurelia Etrusca that leads you to the Albegna River and to the Tombolo di Giannella, a sandspit that joins Monte Argentario (which once was an island) to the mainland. A very natural place, where you can relax, far from the noise of the city. Breath this clean and fresh air in order to let you feel better.